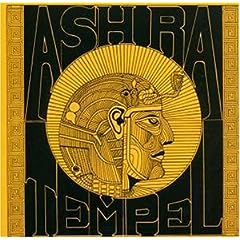 Formed by ex-Tangerine Dream member Klaus Schulze, Manuel Göttsching and Hartmut Enke, Ash Ra Tempel was one of the pioneers of the progressive space-rock genre. Their debut-album seems to bee many people’s favourite by the band, and I don`t blame them, as you won’t get a more perfect space-atmosphere than the one you’ll find here. The two tracks on the album is both VERY spacey pieces, but still very different from each other. “Amboss” opens quiet and relaxed, but soon bursts into a frenetic jam, highlighted with Gцttsching`s excellent spacy guitar playing and Schulze’s energetic drumming. It`s quite facinating how such an energetic and noisy piece still can be so atmospheric and relaxing. “Traummaschine” lives up to its title, and gives a clue about what Schulze later would do on his own albums. A very quiet and mysterious piece, with floating electronics and shimmering guitar. The whole album gives you a feeling of flying through space in a pyramid and visiting planets with ancient temples. Yes, this really is SPACE music. However, if you’re looking for something more controlled and electronic kind of spacey atmospheres, start with one of the first Ashra albums from the late 70’s instead. (VintageProg.com