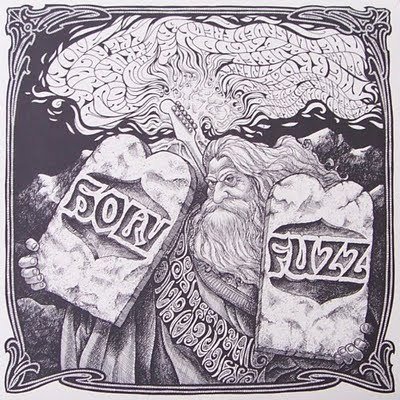 In the late 1960’s, two of the era’s major influences, rock music and a revival of Christianity by our nation’s youth, were both attracting new converts by the millions….it was inevitable that these two huge followings; would converge with a deafening roar off fuzz guitars and feedback that would be the music of this new breed of psychedelically-inspired “spreaders of the word”. This album presents songs by some of the bands that were pioneers of this great new Christian psychedlic music. Several of these bands are well known to collectors of rare vinyl, while some of the others are more obscure. All the songs on this album were specifically chosen for their guitar content…some of it mellow and subtle, and some of it…mind frying heavy fuzz. All of it…Great!

Welcome to the first edition of Holy Fuzz! (hiddenvision.com)

1. The Exkursions – It’s Been Sent Down
2. Selha – Romans
3. The Bridge – Jesus
4. The Search Party – The News Is You
5. Pre-Agape – In The Light
6. Stonewood Cross – Majic Man
7. All Saved Freak Band – All Across The Nation
8. The Search Party – You And I
9. The Exkursions – Dry Ground
10. The Concrete Rubber Band – Christian
11. Pressed Down, Shaken Together And Running Over – Pressed Down, Shaken Together And Running Over.
12. Agape – Rejoice