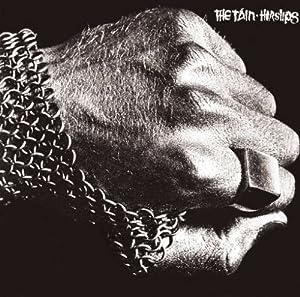 Perhaps the best known of the Irish bands’ albums, this 1973 release was a concept album, detailing one of ancient Erin’s most famous folk tales. Combining mournful traditional Celtic music with long haired rock was a masterstroke which can be heard to fine effect on this reissue. An album that appeals to folk rock and progressive rock fans alike.

By any standards this album is a masterpiece of quality celtic rock.
Concept albums rarely work, but this does so spectacularly. It tells the ancient legend of a cattle raid in Ulster in prehistoric times, using traditional tunes as the basis of the songs and mixing traditional instruments such as fiddle, pipes and concertina alongside the standard rock format. There is a flow and coherence which is truly marvellous. Even more remarkable is that they repeated the feat with the Book of Invasions a few years later.
It is helped by the fact that the band are musicians of the highest order, but their strength is the magic of the songs and tunes which are constructed quite perfectly. There are no fillers and no tracks which fall below the general standard of excellence. The stand out tracks include Dearg Doom, with its phenomenenal riff which makes it a disco hit 30 years later, Faster Than the Hound and Charolais.
Comparisons have been made with Jethro Tull, largely due to the extensive use of the flute, but Jim Lockhart plays it even better than Ian Anderson, good though he is. (progarchives.com)